Skip to content
Personal notes and why we must tirelessly work to foster kindness in capitalism.
6 minutes

My mum’s hands locked in my dad’s hair. She pulled at it during the scuffle, while his face contorted with pain. His teeth clenched. I saw this in our home. Many times dad told me the reason he had refused to strike a punch in her face was the fear to kill her. I dreaded those words; I feared the possibility she could die next time she saw my father entering the kitchen drunk. But I was grateful for his self-control or as he thought of it—his fear of going to jail.

In such outbursts of anger, a mother’s tender face transforming into one of instinctual fury is heartbreaking for a child. I loved my mother. I loved my father. That scene was like watching a boxing match while caring about both fighters the same. At least a few violent episodes per year had been a constant for me until my 20. As I recall them my brain gives me few details: when they should be vivid, those memories are cartoonish paintings whose characters lack contour.

But it had been the long quarrels that happened very often in our house. My mother would shut the kitchen door, as if I didn’t hear their insults at each other, oscillating between muffled and loud. I felt trapped. I couldn’t find one corner in our 1 bedroom home where I could enjoy silence. If I was a Muslim, I wouldn’t had had a quiet place to lay down my carpet to pray. When I got sick of it, and gosh I did get sick of it, I entered the kitchen amid flying words that ricocheted like stray bullets against the walls. I begged them to stop, but my mother waved me off, locked in crossfire with my dad. So absent she was.

One night, I, 15, shuffled in my bed as my parents lay in darkness next to each other in their own bed an arm’s length from mine. They stared into darkness and quarreled until over midnight. I wanted to go to sleep so bad that I would’ve kneeled before them to beg for mercy. But again, they refused to listen. I kept hearing my mother’s occasional slap across my father’s body until I fell asleep. My brain fails to remember how I managed to do it.

But why am I sharing this with you? I’m telling you this because I want you to realize the importance of a healthy family in rearing children into mature, kind souls. Because kindness, my friends, like food and water, is the prerequisite of a good life. Let me elaborate on that in the best way I can.

Unlike food and water my parents gave me every day, what I starved for without knowing was kindness—the one I could see between them. Instead of bullets flying in our kitchen, I wanted to see flowers in the vase for my mother. Instead of filming him when dad came home drunk and had been shitting himself, I wanted to see compassion not threatening the next day. Instead of fighting before bed, I wanted them to kiss good night. Even fucking would’ve been better—however uncomfortable hearing it next to you—than hearing their insults. (That would’ve released oxytocin in them—the hormone that makes us feel good, associated also with kindness). I could go on my friends.

So why the family is so important? Science tells us that to be happy, we must witness kindness every day (beside doing kind acts). Yes, kindness is innate and very old in our brain. It has been critical to our cooperation as a species by sharing food. Yet, kindness is practice, and since some of us left the hunter-gatherer societies, the family—whether nuclear or extended—has become the place where a child must see parents be kind to each other. That is, practicing kindness on each other.

What I want families to do, is get their kids high on kindness so these develop a habit of being kind.

Seeing kindness in others activates our parts of brain related to reward. And guess what. That’s what narcotics do too and that’s why drug addicts seek to get high. What I want families to do, is get their kids high on kindness so these develop a habit of being kind. But unlike drugs, this takes a long time and parents can do it by loving each other and showing it with consistency.

In my broken family the consistency of conflict overshadowed the kindness I took for granted. It has taken years for the fog to dissipate, so I can see this kindness. My mother sat with me every day to help with the homework in my first years of school. Dad sent remittences from Germany to help us with the bills. He sent sweets that delighted me much.

But I wish I wouldn’t have had to wait so long to appreciate this kindness. I wish my family thought me by example to be kind to myself when I had done mistakes. And to be kind to others for their shortcomings. Instead, I’ve never seen them being kind to their mutual flaws.

Now why kindness is so important? Well, my friends, in a society where greed is a core value of capitalism, kindness is invaluable. Although the Walmart and the Waltons are worth over $175 billion, they refuse to pay workers a living wage of $15 an hour when almost 60% Americans have no savings. (Meaning they’ll struggle to cover an emergency.) That’s greed. McDonalds is greedy too, even if its workers demand a wage they can live on with integrity. But these corporations lack this basic kindness. Or compassion if you want to call it that. And people feel the neglect. That’s why they are organizing, be it the Fight for 15 movement or women who speak against sexual harassment.

If we care about a kind society, capitalism must treat its workers with kindness every day, like family should. Otherwise, alienated folks turn to Mr Trump the fascist, who blames their misfortune on Mexicans and Muslims to win angry votes, like Hitler killed and blamed Jews for Germany’s economic struggle. Capitalism must practice kindness to understand its benefits.

Instead, maniacal profit-seeking has stigmatized kindness as a weakness. But kindness, my friends, is a superpower. Let me explain. Although poor communities lack money, they are rich in compassion. Yet, the rich suffer from its deficit. And such results we see in studies on philanthropy too: the poor give more than the rich. What a superpower for the working-class. Empathy for her fellow human, motivated Nerexda Soto to work hard for a new measure against sexual abuse in the hotel industry in California. “Every story was worse than the other,” she told The Progressive, referring to her fellow workers who have gone through sexual harassment. Not the council in Long Beach, nor the industry had shown compassion for these women. Instead, Soto decided to show that kindness to them, and she won the initiative at the ballot in November 2018.

A protest is a manifestation of kindness to one another when capitalism has failed to be kind to us.

We must demand of capitalism to treat us with kindness. And as science teaches us, the working-class has an unmatched superpower: empathy. It’s empathy that brings thousands at the ballot or on the street against injustice. A protest is a manifestation of kindness to one another when capitalism has failed to be kind to us.

We must be kind to ourselves and to others when capitalism doesn’t. We must do that to recognize our feelings have worth. And with this newfound clarity as well as a deep well of empathy, we indeed possess a superpower. We ought to use it to divorce greed from capitalism. I pleaded my mother countless times to get a divorce from my dad. That would’ve been the ultimate act of kindness for herself and for me. I’ve seen my mother cry too many times because she chose the status quo. And too many Americans are crying as long as we adhere to the status quo, allowing greed, unkindness, and fascism to go on. 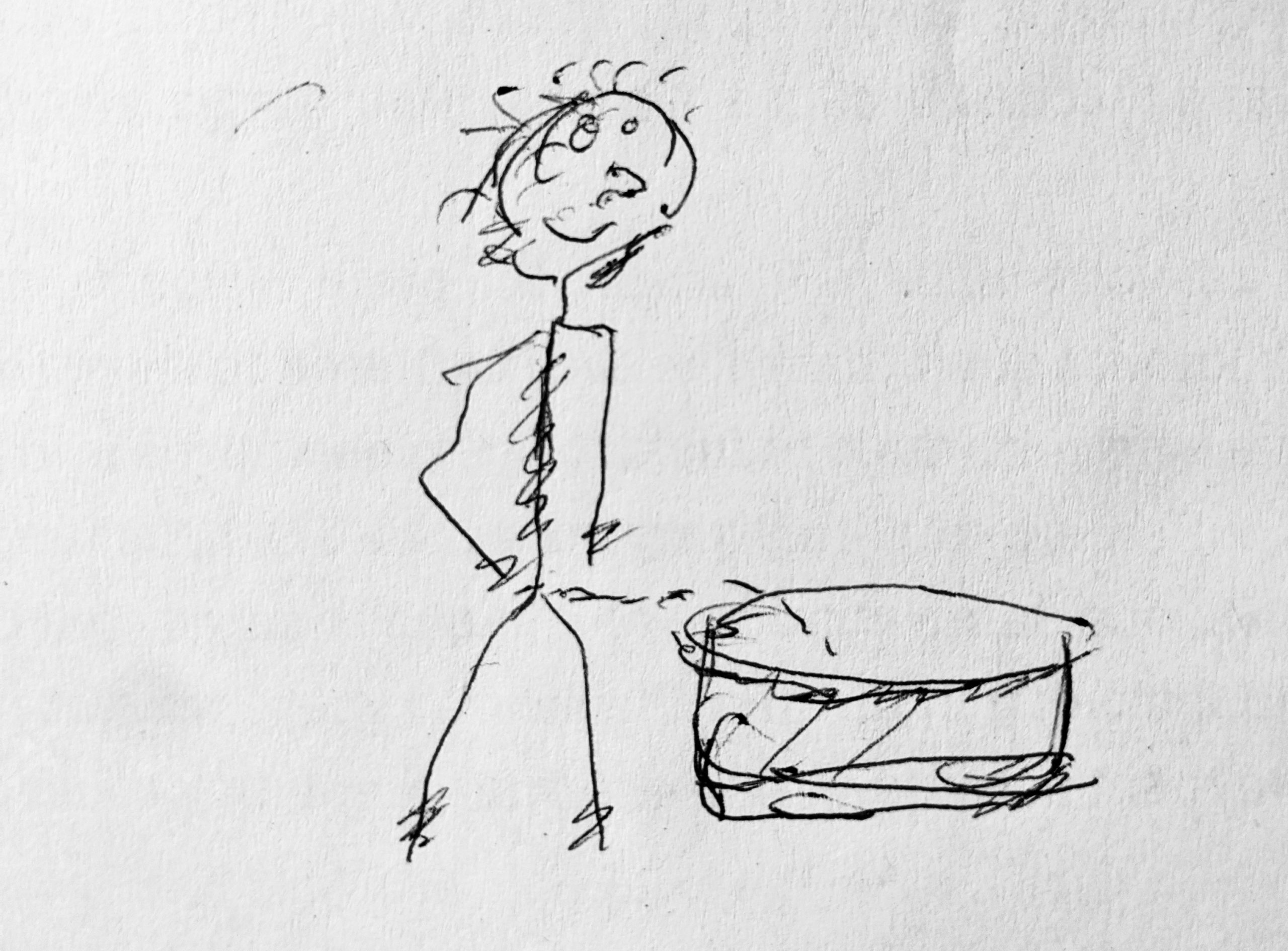 The shame of being poor

Smuggling humans across borders is a big business worth investigating